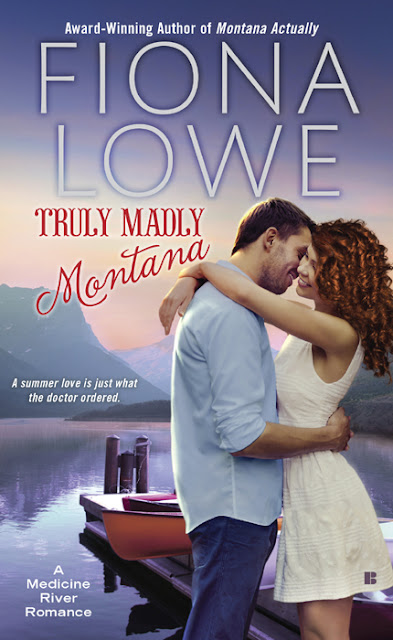 Sexy and charming Australian doctor Will Bartlett will do anything to help out a friend, even if it means moving to Bear Paw for the summer. Some small-town hospitality, and the uncomplicated friendship of his co-worker, Millie, is just the ticket to shake off the restlessness that’s been gripping him lately.

Millie Switkowski, RN and medical student, is home for her clinical rotation, and she’s determined to make this summer so much better than last. She’s got a year of medical school under her belt, her diabetes is under control and she’s kicked her crazy crush for Will Bartlett, who only ever treated her as “one of the guys.”

But when Will turns out to be Millie’s supervising physician, without warning the summer gets a whole lot hotter than either of them anticipated. With both of them holding onto thorny secrets, can they walk away with their hearts intact?

EXCERPT
As Millie Switkowski drove into Bear Paw for the first time in months, it seemed both ironic and fitting that her continuous glucose monitor, Dex, started beeping wildly. It was like a mocking welcome home message—You’re back where it all started, baby.
“Okay, Dex,” she said to the machine with which she shared a love-hate relationship. “Simmer down. I’m pulling over.”
She’d been late leaving Bozeman because last night instead of packing, she’d panicked and had done last-minute cramming for her microbiology final. As it turned out, the extra study hadn’t been necessary, and she would have been far better spending the time loading the car as per her original idea. For five years she’d worked at making her life a series of well-thought-out plans, and she knew she really needed to trust them more. If she’d had more faith in her study program, today’s road trip would have been divided up into ordered and necessary scheduled breaks rather than her rushing to get to Bear Paw by six and risking a sugar crash.
Parking next to the enormous twenty-seven-foot-high, ten-thousand-pound concrete penguin, which confidently declared that Bear Paw was the coldest spot in the nation, she smiled at the incongruity of it as she often did. She’d always wondered how the brain trust[ behind the black-and-white statue had both cheerfully disregarded Alaska and the fact that penguins weren’t found in the northern hemisphere. Geography was obviously not their strong suit. She pricked her finger and tested her blood sugar—predictably low—before rummaging through her enormous tote bag until she found a juice box and some fruit snacks.
The last thing she needed was to arrive at Dr. Josh Stanton’s bachelor party with plummeting blood sugar. She didn’t need the drama of feeling like crap. She surely didn’t need the drama of people hovering or, worse still, some well-meaning person telling her parents she’d arrived back in town looking pale and shaky. No, she was striding into Leroy’s and the party like any normal twenty-six-year-old woman just back from grad school.
Truth be told, most normal twenty-six-year-old women probably weren’t invited to their former boss’s bachelor party, but Josh, like everyone else in town, never seemed to notice she was a woman. She was just Millie. Practical, sensible, dependable Millie—one of the guys. Someone who could shoot pool and throw darts with the best of them.

CAT'S REVIEW
"Truly, Madly Montana" by Fiona Lowe - this is a fun filled story with some adventure, love, laughter and tears.  Millie and Will - Loved Them!!  Millie - an RN with some health issues, is everyone's best friend.  She longs to be that special someone but accepts that it probably won't happen, especially with her crush, Will.  She's funny and kind yet so vulnerable.  Will, an Aussie doctor, is Mr. Alpha - uber-sexy, especially with his accent.  He's a great doctor but boy, does he stick his foot in his mouth!  Although I laughed at his assumptions, my heart also ached for Millie.  Ms. Lowe does a good job of incorporating Millie's health issues and what are some real concerns, especially to those that love the person.  Will's reaction  to her illness and his subsequent actions are real and his feelings true.   Ms. Lowe has written a story that had me right there in the middle of it, I connected with Millie and longed for Will!  :o)   I loved the scenery too - again, Ms. Lowe brings the reader into the scene with her descriptions of the beautiful landscapes, etc.   Check this one out - it's worth it!  (received copy from NetGalley for honest review)
★★★★★ 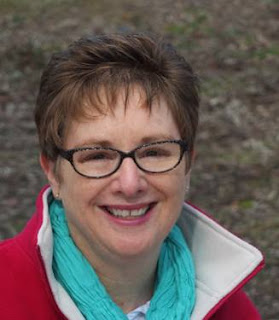 Fiona Lowe is a RITA® and R*BY award-winning, multi-published author with Harlequin , Carina Press and, Berkley USA. Whether her books are set in outback Australia or the USA, they feature small towns with big hearts, and warm, likeable characters that make you fall in love. When she's not writing stories, she's a weekend wife, mother of two 'ginger' teenage boys, guardian of 80 rose bushes, slave to a cat and often found collapsed on the couch with wine.
AUTHOR FOLLOW LINKS