BOOK SUMMARY
A fight he must win . . .
Piper Oliver knows she can't trust him. They warned her that the tall, dark, and sexy black-ops soldier Jory Dean would try to win her over with his steel-gray eyes and deadly charm, but she won't be conned by this man they call a traitor. All she has to do is figure out the science necessary to save his life, and she's done. Something isn't adding up, though, and she won't rest until she uncovers the truth-even if it's buried in his deep, dangerous kiss.
A passion she can't resist . . .
Jory will do anything to reunite with and save his brothers-even kidnap the gorgeous woman who's working to deactivate the deadly chip in their spines. But the forces determined to destroy his family won't let them go so easily. Keeping Piper alive is more than he bargained for-and so is his burning desire for her. But with every second bringing him closer to certain death, can he afford to lose himself in her hot and willing embrace?

EXCERPT
A young mother with two toddlers hustled toward the entrance, their heads ducked to avoid the wind. Piper sucked in air.
If she screamed, they were screwed.
Jory pivoted and put her against the wall, covering her mouth with his before she could let out a sound.
Warmth and woman. An electric shock flared his entire nervous system alive. Soft and sweet, she breathed in as he pressed against her. He’d meant to subdue her, to throw her off balance, but shock ricocheted through him.
Need compelled him. He shot both hands into her hair, tilting her head so he could go deeper. So fucking deep he could get lost.
The second he tasted her, all cinnamon and woman, hunger slaked him. Devastating in its intensity, a demand he couldn’t deny. Her smooth, velvety lips softened under his, and for once, he lost himself.
Strands of her silky hair caressed his hands as he held her jaw, nearly lifting her up to meet his mouth. There was nothing but getting . . . more.
She stilled against him, her mouth parting. He swept his tongue against hers, taking in a primitive claim too powerful to deny.
Her gasp mingled with his low groan. She pressed harder against him, her mouth curving under his, and he forgot . . .everything. Who he was, where they were, the fire and danger. Only the woman against him, warm and willing, sweet and sexy, filled his mind.
He clasped her tight, forgetting any gentleness. Any seduction, any mission. Only this woman and this moment mattered. Letting go of himself, he allowed the creature inside, the one so rarely let loose, to take over. To push deep, to demand more. To take.
And give everything.
His mouth overtook hers, memorizing every groove, every small nuance. His free hand gripped her butt, hauling her up against his steel-hard erection. Heat from her core nearly dropped him to his knees. Pain and sparking pleasure flared along his skin, and he deepened the kiss, tightening his hold.
He needed to get inside her. Now.
A siren trilled on the lower street, and he jerked his head free.
Danger.
She blinked, her eyes the green of a rain-filled meadow. Desire burned there, hot and bright. Somehow sweet.
Possessiveness gripped him with a chokehold. One kiss. One kiss and she’d changed him. He had to get her out of the parking lot before guns fired again.
That quickly, realization crossed her face. Then shock, as she tried to take a step back. Her hands rose and shoved against his chest.
Denial gripped him to be quickly quashed with cold, hard training. So he grabbed her wrists and hauled her closer, his face lowering to hers. He wiped away any expression and shoved down all emotion. “Those men don’t care who they shoot. They’re scrambling and might kill you—or innocent bystanders.” He spoke low, commanding.
She blinked, her mouth opening but no sound coming out.
“If you fight me, they’ll find us, and they might shoot. Collateral damage doesn’t mean a thing to them.”
She shook her head and looked around.
He pulled her closer and lowered his voice to pure, no‑bullshit command. “We’re getting in that four-door Jeep, and we’re leaving here quietly. Your only choice is alert or unconscious? Decide now.” He let conviction ring in his tone. If he believed he could knock her out, then she’d believe it, too.
No fucking way could he knock her out. Scaring her held little appeal, but he didn’t have a choice if they were to both live through the night.
She quickly nodded. Gulping air, she relaxed her body as two teenagers giggled while walking by.


He knew full well she agreed to keep bystanders safe and not because the kiss had changed anything for her. She had no reason to trust him, and she’d never really know him. Why that pierced his chest with the cleanness of a sharpened dagger, he’d figure out later. For now, they had to run.

CAT'S REVIEW
"Total Surrender" by Rebecca Zanetti.   We finally get to meet Jory - I've been looking forward to this meeting since book one and Ms. Zanetti did not disappoint!  How could you not love him?!?  He's big and tough and strong yet surprisingly gentle under his caveman ways!  I think he's my favorite Dean brother!   Piper was perfect for him!  Despite being a strong woman, she fell under Jory's spell and it was a wonderous thing to watch.  It was fun to see them sizzle!  Total Surrender did not disappoint in the action department either.   I found myself eagerly turning each page to see what would happen next.  I am actually a bit sad this adventure is over yet I look forward to reading this series again and again!    (received copy for honest review) 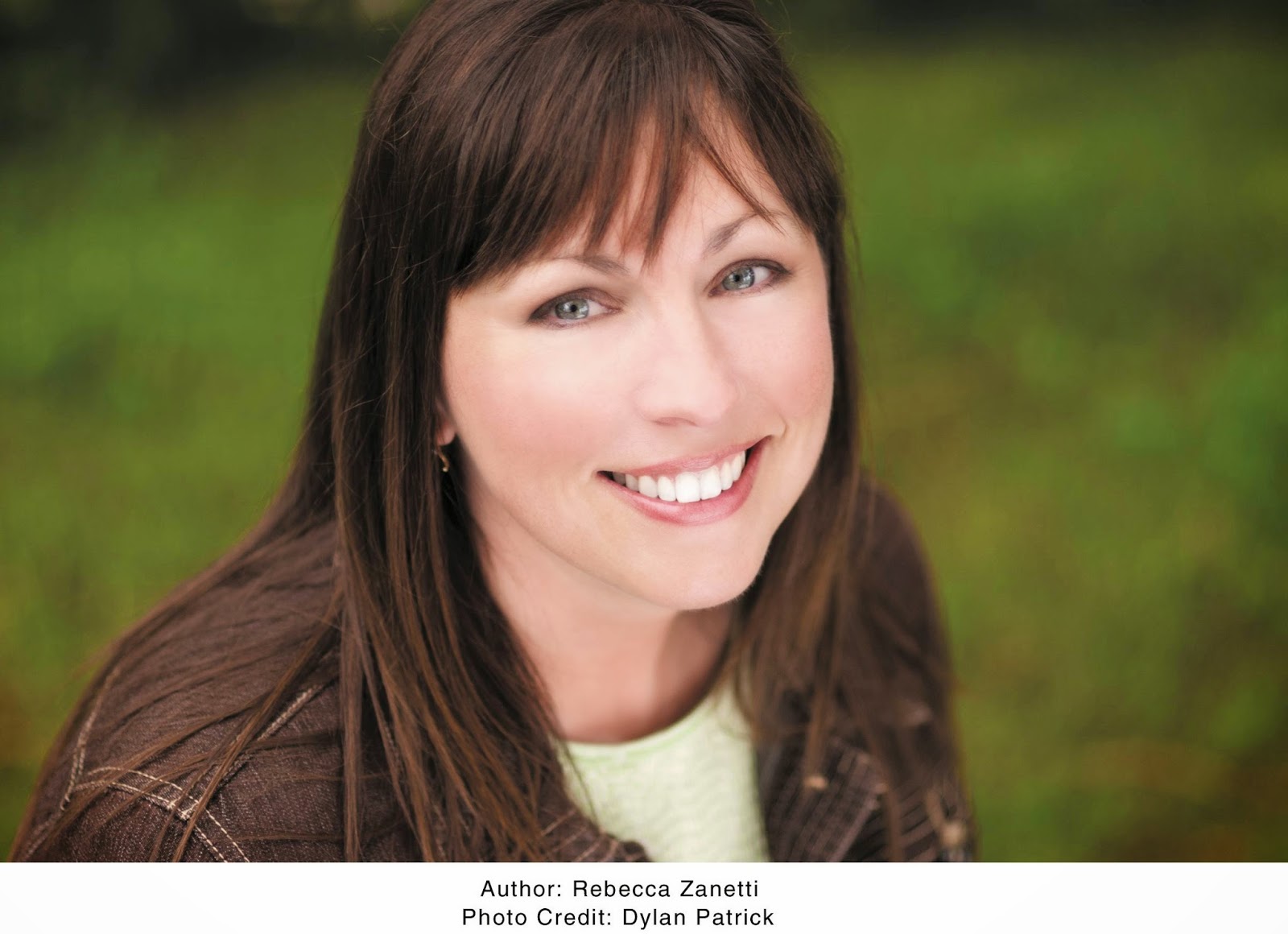 New York Times bestselling author Rebecca Zanetti has worked as an art curator, Senate aide, lawyer, college professor, and a hearing examiner - only to culminate it all in stories about Alpha males and the women who claim them. She is a member of RWA, has won awards for her works throughout the industry, and has a journalism degree with a poly sci emphasis from Pepperdine University as well as a Juris Doctorate from the University of Idaho.
Growing up amid the glorious backdrops and winter wonderlands of the Pacific Northwest has given Rebecca fantastic scenery and adventures to weave into her stories. She resides in the wild north with her husband, children, and extended family who inspire her every day-or at the very least give her plenty of characters to write about.